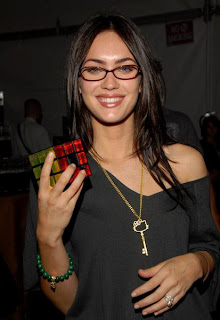 It never fails. Regardless of the field of endeavor, there's always someone with a serious disconnect between reality and actuality. Like the word proprioception. Would you think that something so nerdy could be sexy?

Let's look at how that works with movement, for example. If you've ever lifted a weight overhead as an adult, the odds are pretty good that when you thought you achieved the lockout position, you probably were a bit shy of straight at the elbow. Nonetheless, you were probably dead sure that you'd locked out that elbow and pressed or snatched that heavy weight to a perfect apex.

Sorry to break this to you, but you might've missed the lockout.

If you've ever done the RKC Snatch Test and heard the words "No count!", that could've very well happened because of an incomplete lockout. Yeah, I know you're sure. I know you've never had a no-count doing the snatch test at home. I know your form is perfect.... when YOU'RE THE JUDGE!

Subjectivity is the primary means of enabling the self towards failure. And as the legendary Functional Movement Screen founder Gray Cook says, "We all need systems to protect us from our own subjectivity." So the system that we need to refine is that which gives us feedback as to whether or not we're really moving the way we think we're moving and takes away our ability to argue defensively like bratty little children.

Proprioception is the ability to distinguish where one part of the body is in relation to another. We develop that ability somewhat as children during the growth process. In the years from newborn to childhood, you developed the ability to go from randomly poking yourself in the eye to picking that booger out with surgical precision. But with our increasingly sedentary lifestyles (and even in grade school since physical education programs got the ax years ago), proprioceptive deficits are building up faster than fat on the waistlines of American youth.

And as a result, you get to hear about proprioception from me. But here's the good part... Proprioception IS sexy!

Good proprioception affords you two very big advantages.
1. Accuracy in movement - which means that you very likely execute very precise, very controlled, very graceful, and very efficient movements. If you have great awareness of your own movement, then when your nervous system tells you that you locked out, then you REALLY did lock out. If your body is telling you that you locked out your back leg on that stance, then your Sifu likely agrees with you too. If your nervous system is masterfully in control of your body's movement, then that fadeaway jumpshot that you launched from 3-point land has a much higher likelihood of creating that sweet sound of nothing-but-net. That makes you not only a better athlete, but a more attractive specimen as well. Not to rip on bodybuilders, but you could be the most buff dude on the beach & unable to tuck your own shirt in. 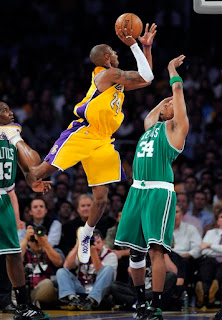 2. Reduced injury rates - make everybody happier, except your competition. Someone with great proprioception can push harder on the field or in battle and get more out of his or her body. Someone with terrible proprioception will push hard and either waste move clumsily & get hurt or lurch like a car with the parking brakes on and create repetitive motion injury. 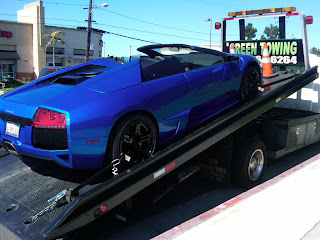 So for those of you who want to come to the RKC, I encourage you to find the strictest feedback mechanism that you can find (like a combination of Flip video & a solidly qualified instructor) and apply it mercilessly towards yourself. Why? Because if you're allowed to lie to yourself, you probably will. And your reliance on faulty proprioception may cost you a rather pricey certification, airfare, & lodging (as well as a few days off from work and wickedly sore muscles).

On the other hand, if you use this blogpost as a call to really invest the effort into re-calibrating your proprioception, you'll find that you not only perform better under pressure, but do so with less effort, more grace, and a decreased likelihood of injury.

If you're not interested in the RKC, no problem. But you STILL have to deal with the reality of your own movement patterns and develop a REAL awareness of them. As I often tell my students in martial arts, kettlebells, or any other form of movement, if I tell you to do something such as straightening your leg, and you think you're already straightening your leg, try to straighten it a little more anyways. If your leg moves, then you didn't have it as straight as you could have. And then that little bit of movement should humble you enough to self-check more & more and develop sharper & sharper awareness of your body and your control over it.

Don't wait until life takes away all your compensations before you take the time to self-check your perceptions against unflinching reality.
Posted by Unknown at 3:31 PM 0 comments