It's been long overdue 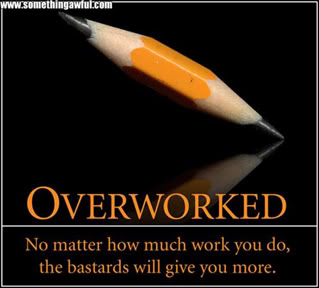 Ladies & Gentlemen, I'm the first person to admit it...

I've fallen way short of my own expectations for this blog and for my own websites, especially www.kettlebellslosangeles.com.

So to remedy that, like any responsible person should do with a problem that's beyond their management capabilities, I'm seeking out professional help.

I have a whole slew of domain names that I've reserved, and I want to spend the next few months populating the vast majority of them so that I can start using them to get more information out and to increase my productivity.

Soon, I'll be launching my new portal website, which will hold a whole slew of links to my other websites. Those other websites will include everything from compendiums of my articles for different martial arts magazines, to information on the different Chinese medicine modalities that I practice, to my particular insights on Russian kettlebell training, to the different styles of martial arts that I practice and/or teach.

You've been incredibly patient as I've been traveling all over creation and not blogging or posting anywhere near as much as I'd like to. And if all goes well, I won't have to give the FMS company line of "2 more weeks" as a nebulous deadline of when this portal will be ready to open.

While it may not always seem like it, I hear you very clearly when you ask me for insights, for help, for solutions. And I am going to make sure that starting in 2011, you get the best I have to offer through the best of the world wide web's technologies.

Keep on me, keep pushing me, keep supporting me, and keep growing with me! And if you have some thoughts on how I can get my online presence sorted out sooner and smoother, please shoot me an e-mail at kettlebellsla@yahoo.com!
Posted by Unknown at 2:33 PM 1 comments

Just in case you've been lucky enough to be off the grid for a while, let me fill you in.

Not too long ago, I was contacted by James Fell, a fitness writer for the Los Angeles Times, to speak on a new kettlebell DVD featuring The Biggest Loser star, Jillian Michaels.

To say that I had a few issues with the quality of her instruction was to put it rather lightly. Then again, my situation is a little unique. My very first exposure to kettlebell training was directly from the man who essentially revived the use of the ancient Slavic strength training device, Pavel Tsatsouline himself. The VAST majority of what I've learned about the use of kettlebells and strength training comes directly from time spent directly under Tsatsouline's tutelage.

And as someone who makes his living as a health care professional dealing primarily with musculoskeletal pain, I see plenty of people who come into my clinic with injuries sustained while "exercising" or "training" or "working out". That's why I think so highly of the Functional Movement Systems information that's taught by another of my mentors, Gray Cook.

Cook's teachings echoed the same emphasis on disciplined movement that I'd grown up with in traditional martial arts. Moving in a sloppy fashion for the sake of exercise is just a precursor to "repetitive motion injury", a.k.a. "non-contact injury", a.k.a. "weekend warrior syndrome". The names are many, but the outcome is simple = PAIN.

With that in mind, it's not hard to see why I'm a stickler for details in movement, especially in teaching movement for the sake of exercise. If you try and muscle someone around in a combat situation instead of relying on well-developed finesse, you'd better be damn strong, or else you're going to be injured rather often. If you try and muscle around a weight, especially without the guidance of a qualified instructor, your likelihood of injury just went through the roof.

So as much as I'd prefer to be diplomatic and not ruffle any feathers, there's the small issue of integrity that I had to deal with. As much as it might benefit my bottom line, I don't like seeing my patients over and over again for the same or similar pains or injuries. If I do, that means that there's something I'm not doing right or addressing completely. It's a horrible business model, I know, but I'm the one who has to be able to sleep peacefully at night. Thus, I felt compelled to speak honestly about what I saw Ms. Michaels teaching as far as her movements and the safety of her kettlebell technique.

Mr. Fell quoted me accurately, even if he didn't name me or Kettlebells Los Angeles accurately (...Who the heck is "Dave" from "Kettle Bells Los Angeles"?). The words I spoke voicing my concerns about Ms. Michaels's teaching methods & technique were reproduced word for word.

So shortly after the article hit the net, the buzz started happening surprisingly fast. Here's the link to the original LA Times piece... fortunately with the correction to my name printed as a sidebar...
http://www.latimes.com/entertainment/news/homeentertainment/la-he-fitness-jillian-michaels-20101011,0,5152686.story


And just today, the Yahoo! TV Blog posted a story about this as well, thankfully with my correct name.
http://tv.yahoo.com/blog/health-experts-call-foul-on-jillian-michaels-regimen--1642

Some folks are interpreting what I've said as a personal attack on Jillian Michaels. The truth is that as much as I appreciate what she's doing as a motivator, I think she needs to learn more about what's at stake with biomechanical errors like the ones she's propagating. As well-intentioned as she may be, that's no excuse for taking the persuasive power she wields and treating it carelessly.

Whether she gets her RKC, her HKC, or whatever other internationally recognized kettlebell instructor certification that's solidly recognized by kettlebell experts the world over, I'd hope that she'd be conscientious enough to invest the time & sincere effort to learn the safest & most effective means of training with kettlebells that she can find.... not the easiest, not the most streamlined, not a few lessons.... before putting out an instructional DVD that will be used by thousands of people in the hopes of getting in shape.

The bottom line to me is this, as I posted on my Facebook page under the link:

"Folks, let's call it the way it is. I'm not out to get Jillian, and I'm glad that so many people see her as a motivator to get healthier. Rather, I'm out to make sure that we're not "adding fitness to dysfunction". We all need to go back to... what my mentor, Gray Cook, outlines as priorities: "Move well, then move often." Tons of reps that don't observe strict form are enabling movement patterns that are counterproductive and potentially injurious in the long run. Exercise professionals need to hold themselves to a higher standard, even if the industry or the public doesn't."
Posted by Unknown at 6:23 PM 2 comments