One of the most challenging things to deal with for exercise, rehab, & medical professionals is a client/patient's attachment to a particular form of exercise or sport. As my mentor, Gray Cook, pictured below with Master RKC Brett Jones, has often said, "It's probably easier to get someone to quit smoking crack than to get a runner to stop running long enough for you to get them functioning properly."

This, sadly, is one of the trademarks of modern fitness..... emotional addiction. And it's little surprise.

We spend so much of our lives limiting our movement, starting as early as pre-school. Instead of being outside, running, jumping, playing, and exploring our environment and our movement capabilities as we evolved to do, we're in class for hours each day, forced to sit in partial flexion, and receiving less and less education (and, in many cases, misinformation) as to what our bodies are really capable of.

Over time, our bodies start losing the ability to move in a fundamental fashion. Our cores become flaccid and our limbs become spastic. Yet, society and nature tell us that to be considered vital, to be considered sexy, we have to look great and move a lot.

Notice that I said "move a lot" and not "move well."

When you're hungry enough, you'll eat just about anything someone puts in front of you, and you'll scarf it down like it was the tastiest thing you've ever imagined. When you're dying for movement, or in some cases, dying from lack of movement, you're likely feeling the urge to make up for lost time by putting in a major dose of extra hard, super HIIT (high intensity interval training) or some other means by which you can feel the reward of sweating buckets, tons of adrenaline kicks, and bathe in endorphins bubbling forth from your goosebumps. Over time, you identify yourself with the means through which you experienced that high, and it becomes part of your psyche, your sociology, and your soul. 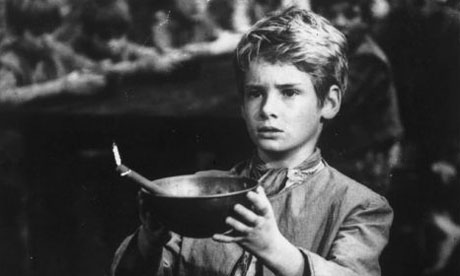 The problem with that is two-fold.

As Gray has said many times, "YOU ARE NOT YOUR WORKOUT OR YOUR SPORT. YOU ARE A HUMAN BEING."

When someone is so driven to be a football player, a drummer, an attorney, a cyclist, a kettlebeller, a P90Xer, a violinist, a martial artist, an exotic dancer, an actor, a researcher, or whatever other pursuit that brings with it a label that pigeonholes how you move, how you live, and how you think of yourself, the body modifies itself to accommodate such specialization.... or as my old professor used to say, "The body is a conservative system."

If you live, work, or train in such a manner that you regularly compromise your body, you have to make sure that you are constantly repeating the IPDE loop - Identify, Predict, Decide, Execute.

* Identify possible dangers in your training, your sport, your job, or your workout routine.

Let me use myself as an example. I'm a lifelong martial artist. I love it. It moves me. It brings me incredible joy. It has been the reason why I've met some of the most influential people in my life..... and it has been the source of some of my most debilitating injuries. Because of my training in the martial art I love the most, Combat Shuai-Chiao, I've taken repeated high-throw falls until my hands didn't function properly.

* Predict how those dangers can affect your quality of life in the BROADEST possible sense.

Again, using myself as an example, that repeated whiplash & impact from hard throws & improper breakfalls is a danger that can affect my performance as a clinician, as a strength coach, as a martial artist, and most importantly as a father if my fine motor skills are impaired by any compromise in the structures and soft tissue around my C-spine.

NOTE WELL: Chronic stiffness and aches (even if not "crippling" in intensity) impair sleep, energy levels, strength, mental clarity, mood, and performance. Just because it doesn't hurt you badly enough for you to stop dead in your tracks, don't think it isn't affecting your performance AND your quality of life. Compensation is sinister.... until it's obvious.

* Decide how you're going to manage those dangers & liabilities in such a way as to minimize or eliminate risk. In a lot of ways, this is the step in which you have to either FULLY and CONSCIOUSLY accept the effects and consequences of what your chosen pursuit is. If you choose to define yourself via your pursuit, then you need to also maintain your fullest abilities as a human being OUTSIDE of your specific skill. For example, if you're a violinist, you need to make a plan to optimize your upper body ranges of motion outside of drawing the bow, finger placement, and keeping your jaw on the chin rest.

For myself, that means figuring out how best to both rehab my neck & injured joints while also minimizing the damage from repeated hard falls. Through lots of research, experimentation, & work, I've identified the prehab training methods that will strengthen my body to be more resilient. I've also identified the passive treatment modalities that I need to implement regularly to keep myself at my functional best. And finally, I realized that using a crash mat is a sign of intelligence and not weakness. Hard-charging athletes need to realize that safety is a sign of long term vision, not wimping out!

As Guro Dan Inosanto, pictured below demonstrating with Bruce Lee on a hardwood floor, has said many times, the older generations did things a certain way because of what they had available at the time. Ancient martial artists trained hard with no protection because such gear had not yet been invented. Earlier generations trained with some protection because they invented it. We as the newer generations have luxuries afforded to us that were simply unavailable in decades past. Since we have these improvements in safety gear, we should be able to train to a high level for a longer duration than our predecessors with less injury. Not using such safety gear, corrective exercises, or other improvements out of allegiance to "how the old timers did it" is myopic at best. * Execute the plan you decided on. As Gray Cook would say, "Consistency trumps intensity every time." Doing your prescribed corrective or rehabilitative exercises once or twice and then complaining that they don't work is not a sign of either awareness or honesty. It takes time to develop a neuromuscular habit, and it'll take repeated practice to groove a new, better, safer, stronger neuromuscular behavior pattern.

Don't believe me? Great... Keep doing things your way & prove to me over the long-run that your way is correct. Until then, I'll keep studying, keep practicing, keep refining, and keep making the most of the hard-earned information that we have at our disposal these days.

Do the half-kneeling chops to prevent your lower back pain from the golfing. Do the Tai Cheng to keep your neck & shoulders from aching so much after your hours behind the desk. Do the deadlifting to make sure you're developing the posterior chain & postural reflexes after those long bike rides. Do the soft tissue treatment to make sure you're keeping the optimal elasticity in your muscles. Do the non-sport-specific endurance work to make sure you have the capacity to maintain a higher level of performance throughout a match or event. Do the flexibility/mobility work to make sure your body can handle the unexpected ranges of motion of sport. Do the seemingly remedial stuff to make sure that you do the higher level stuff in an even safer, smoother manner. Do the explosive plyometrics, such as those found in workouts like P90X or training systems like Parkour, that force you to learn how to handle speeds and vectors that are outside of what you're used to.

Outside of movement, change up the music that you listen to on occasion. Vary your eating/dietary patterns. Study a new language. Make new friends. Don't be content with mere survival and don't let yourself become stagnant.

Human beings were meant to be so much more than what most of us conceive of ourselves as today. While we have learned to be tremendous specialists, we've lost so many of our abilities that, generation after generation, it's killing us in a more & more sinister manner. Because the familiar is comfortable, we've become addicts to routine and have prided ourselves on identifying with our addictions.

As MovNat founder, Erwan LeCorre said, "Adaptability is the Holy Grail of human evolution." So let's break our addictions and live our lives in a way that honors our many areas of evolution. This, in turn, will thereby improve how we both live our daily lives and perform in sport-specific conditions.
Posted by Unknown at 11:06 PM

love this "Do the seemingly remedial stuff to make sure that you do the higher level stuff in an even safer, smoother manner."

I just came up with quote yesterday as I was working on the small stuff.

"If You Dont do the Micro Movements, Then you are setting yourself up for a Macro Mess"

Keep up the great work!

As someone who is emotionally attached to what I do I did not expect to like this post. Then I read it and did.

Great share of knowledge you have and are continuing to collect. I admire your Big Picture way of thinking, seeing things and your approach to inspiring others~Truth! You help me to dig deeper on all levels of life with each interaction~for that I Thank You!

This is something agreeable. I believe that we really should consider the lifestyle of a drug addiction patient in treating him. Hobbies like sport, etc. can really be a big help to perfectly take out a person from a rehab center.