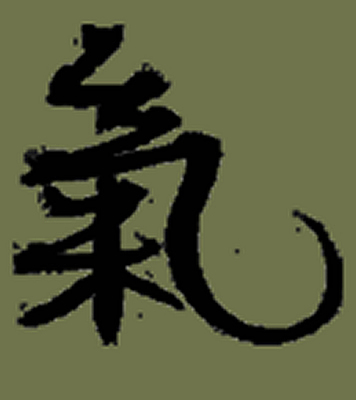 During my Australian 2-Day workshop in Adelaide, one of the first strength concepts I covered was breath - specifically diaphragmatic breathing. We didn't talk about RKC-style power breathing or anything specifically related to martial arts. We talked about health & functionality.

Babies & little kids, when you watch them breathe, especially during sleep, breathe from their abdomens. This is called abdomenal or diaphragmatic breathing, as it uses the uppermost muscle of the core, the diaphragm, for powering the respiratory process.

Adults, by contrast, have learned to breathe from their necks, using their scalenes and intercostal muscles to power their breath. This is called apical breathing, as the center of the movement is no longer in the lower abdomen, but rather in the apex of the torso. Apical breathing patterns DO present in children, but usually in those who are asthmatic.

How do I know about this?

As I mentioned above, one of the things that I struggled painfully with as a child was asthma. My lungs were horrible. Between repeated bouts of pneumonia, allergies, sinus infections, and asthma attacks, it's a wonder I made it to high school. As I told one of my Twitter followers, I had asthma attacks so severe once that I had to kick the wall to wake my parents up because I couldn't draw the breath to cry or scream.

Now if you've ever been under water a bit too long, you know what it's like to not be able to inhale and slightly suffocated. Unless you're into the uber-kinky, that sort of thing is no fun at all and leads to a panic reaction. Over time, the simple experience of being short of breath often trains asthmatics to lunge for their inhalers to provide a bit of relief for those bronchial spasms and allow a deep inhalation.

However, using diaphragmatic breath training gleaned from my father's Tai-Chi lessons, my lungs were able to reverse the process of asthmatic inhaler dependence. Those same lessons would reappear in different forms throughout the years. In college, while training with Fukienese Shaolin master, Andy Hong, he spoke of the the way college kids breathe so shallowly and how unhealthy he thought it was. During that same period, Shotokan karate's first master to set up shop on American soil, Tsutomu Ohshima, said that the hara or tanden is the true center of ki and that breathing is less of a lung/chest thing as it is a belly-centered process.

Over a decade later, I heard a former Soviet Special Operations PT instructor named Pavel Tsatsouline say a very similar thing in the context of strength training and kettlebell lifting. And within a few years of meeting, training with, and certifying under Tsatsouline as one of his RKC instructors, a self-described "Redneck" of peculiar genius in the fields of human performance & physical theraphy named Gray Cook would also speak in great detail about how diaphragmatic breathing is one of the most crucial keys to understanding how the core fires and how movement becomes both powerful and natural.

In an asthmatic attack, all of that becomes halted. As Gray Cook is renowned for saying, "The neck becomes your core", and the muscles around your neck become far more tonic than they should be in comparison to the muscles of your midsection.

So do all asthma attacks require the immediate intervention of an inhaler to block the pathological cascade effect of bronchospasm, panic, sympathetic nervous system dominance, and greater bronchospasm?

How can you tell?

Easy... If you're asthmatic, try this. You have to teach yourself to breathe through the following process and eventually apply it successfully under duress (meaning, during an asthma attack).

Learn to breathe from your lower abdomen, and yes, there are steps for this process too. One of the simplest, I've found, is to start from lying down in the supine (face-up) position.
a. Place your fingertips a couple of inches below your belly button.
b. Make sure you drop your head, neck, shoulders, back, hips, and legs down into the floor as if they were melted onto it. Try to keep your body as loose and unwound as possible, short of having an accident. This gives the spine a position of passive axial extension (or as some would refer to it, neutral).
c. Re-focus your attention onto your fingertips.
d. Let your breathing become slow, even, and deep.
e. As your breathing deepens, try to initiate your inhalation by pushing out against your fingertips. What normally happens is that people breathe with their chests heaving, and then the abdomen inflates only secondarily, if at all. We're trying to get the abdomen to inflate FIRST, leaving the chest relaxed and heavy throughout the inhalation process.
f. To exhale, just let the breath fall out of you naturally.

Now if you can do this while lying down, then repeat the process from prone (face-down, a.k.a., Crocodile Breath, as taught in Secrets of the Shoulder), then seated, then standing, then walking.

Once you can do it while walking, you might be surprised how consciously applying the diaphragmatic "belly-oriented" breathing can actually arrest an asthma attack, decreasing reliance on inhalers and improving posture, sports performance, and quality of life. This method has proven its worth more than once, and I encourage you to try it (with your doctor's approval) if you or someone you love is asthmatic.

Make sure to go SLOWLY through each step outlined above, and keep the inhaler nearby if you can't control the sense of suffocation. Keep the neck muscles nice & relaxed, keep the spine long and tall, and keep the breath sinking down into your lower abdomen. I did this with an asthmatic friend in Australia, and he was able to finish a martial arts class without having to take a puff.

While it's easy to take breathing for granted and blow it off (no pun intended) as a natural & vital body process that "everyone knows", it's still a process that our neuromuscular system can have bugs in. Once in a while, we need to scan/test the software for those bugs, and upload newer, cleaner software to the system. That keeps our bodies running optimally and us breathing easy.

As always, let me know how this goes for you!
Posted by Unknown at 8:02 PM

I believe I might be the asthmatic friend from Australia Dr. Cheng is referring to.

A chronic asthmatic my entire life, I have been labeled by Australian specialists as being in the top one (or bottom depending on how you look at it) percentile of Asthmatics in South Australia - recognized as the driest state in the driest country in the world (not great for an Asthmatic).

In addition to the plethora of different preventative medicines that I have taken on a daily basis for more than 30 years, I have religiously relied on my Ventolin inhaler whenever an attack arose.

I have been told about the benefits of breathing from the diaphragm before, but in the midst of an attack, I have always gone to what I know works - the inhaler.

It was not until I had an attack in the presence of Dr. Cheng that I was encouraged to put the inhaler aside and change my breathing process - mid attack.

What can I say? The breathing technique worked and the attack subsided, drug-free! That was a week ago and I have hardly touched my inhaler since.

Breathing is a huge part of any strength training. Very good post. I have to constantly teach people how to implement stability through core tensioning. This is a MUST for kettlebell training. Great post.